Turn-based roguelike meets death-sport, where every dungeon is a unique gauntlet of brutal challenges. Can you survive the trials of Dungeon Deathball and win back your freedom? 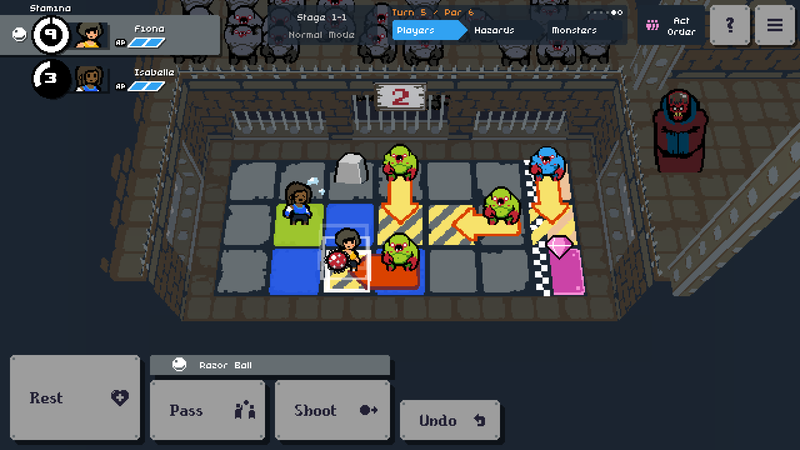 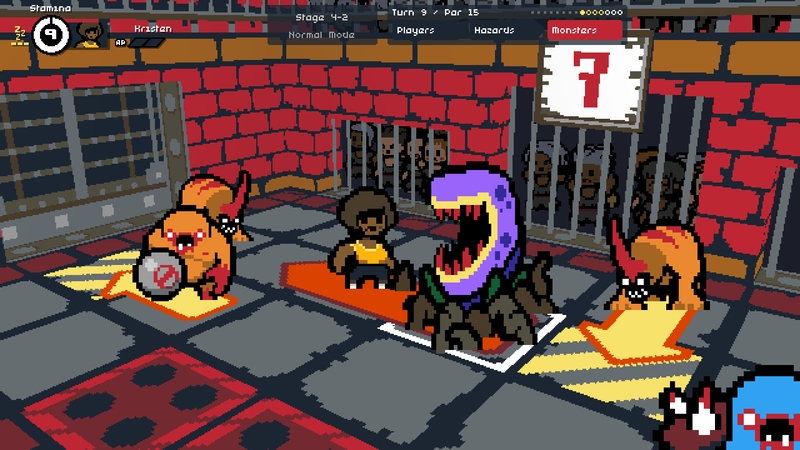 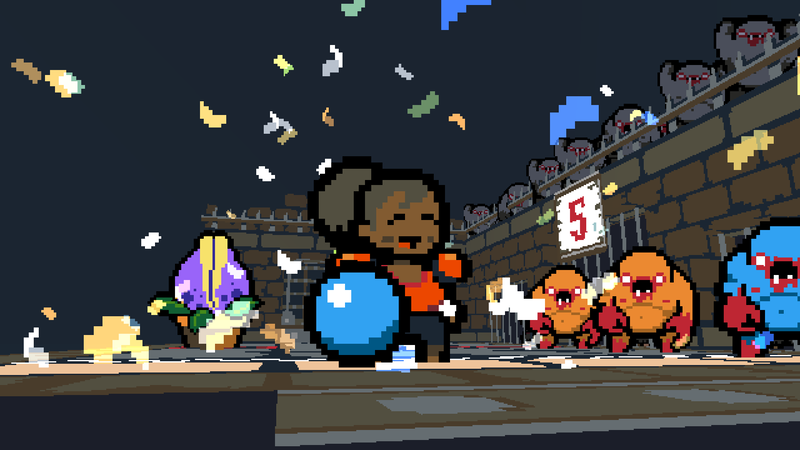 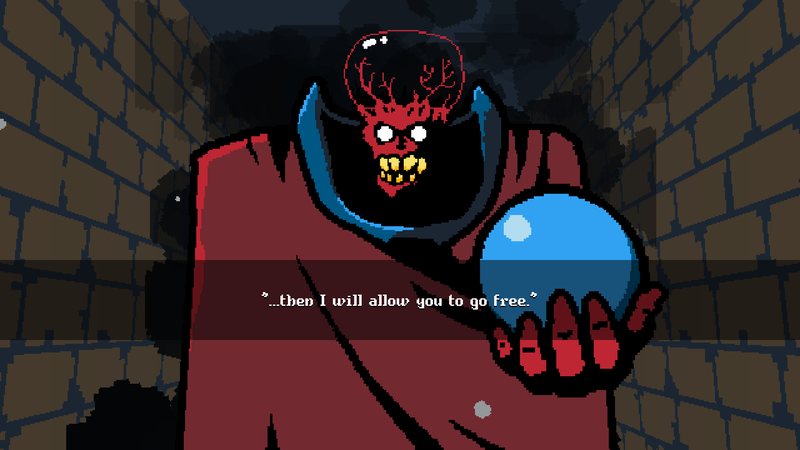 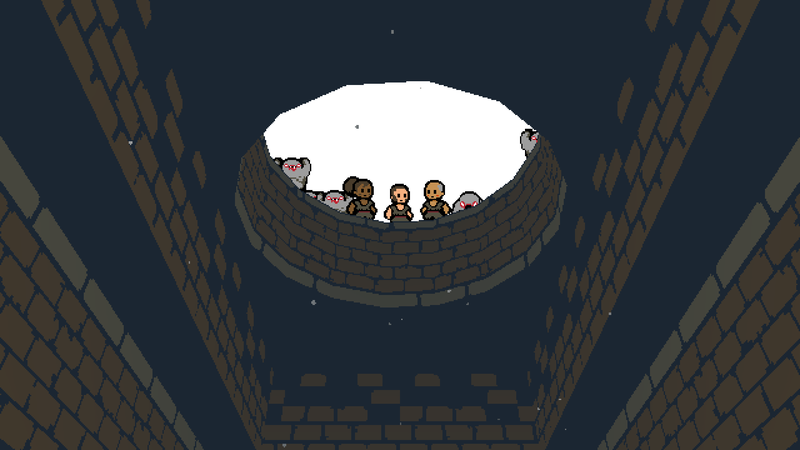 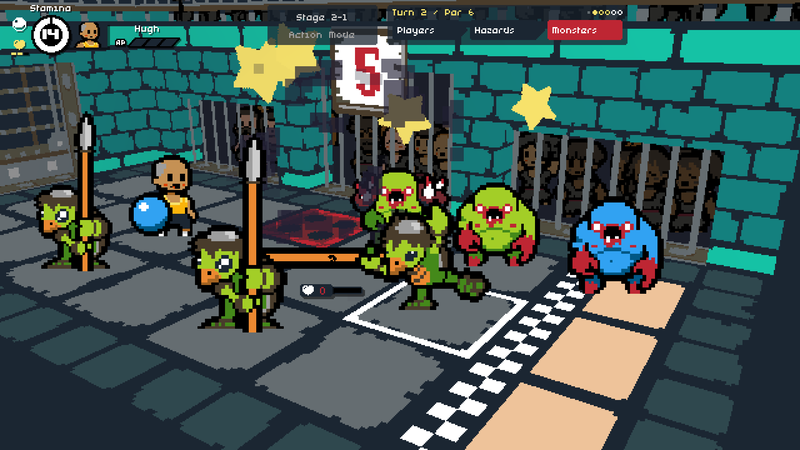 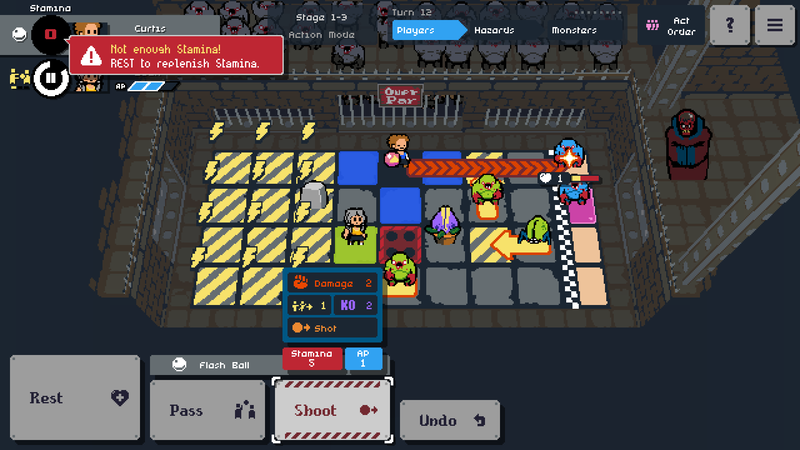 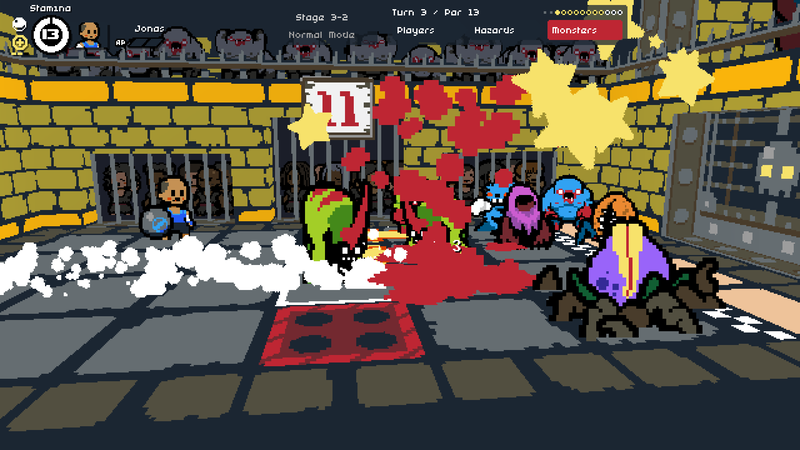 💀🏀💀 Dungeon Deathball is a turn-based, tactical death-sport where you desperately try to score touchdowns, outsmart savage beasts and survive a randomly-generated gauntlet of blood, guts and goals.

🏆 Lead your team of captives to freedom!They've been imprisoned for as long as they can remember. Now their only chance of freedom is to survive a series of barbaric trials for the entertainment of bloodthirsty hordes. Win the game and your team will be released, but be warned: the penalty for failure is death.

👹 Turn Enemies Against Each Other
Each monster reveals its plans before the next turn. Exploiting this information is key to survival. Outsmart your opponents, avoid their attacks before they happen, or even turn them against each other to gain the upper hand.​

⏳ Compete in Streamlined Turn-Based Combat
Quick rounds which can be finished in minutes, with fast-paced, arcade-style tactics that minimise decision paralysis.

🆕 Endure Infinite Gauntlets
Opponents, traps and team members are randomly generated to create a unique set of challenges in every run.

💪 Customise your Team
Recruit unique characters, unlock their special skills, learn their names, then lead them to their doom.

🔓 Unlock New Modes
Take on a variety of game modes that test your skills in different ways: tempt fate in a new Daily Challenge every day, face the final boss again and again in Judgment Mode, or pick up the pace in Action Mode. Over 70 Achievements tie directly into unlocking these advanced challenges.

🏆 Dominate Arcade Leaderboards
Post your best scores to the global leaderboards, compete for the top spot and show the world who's best at Dungeon Deathball!

Check out these other games I made too!